Whether designing a small self-contained complex or an entire megadungeon, a decent name is vital for setting the theme and style of a dungeon. 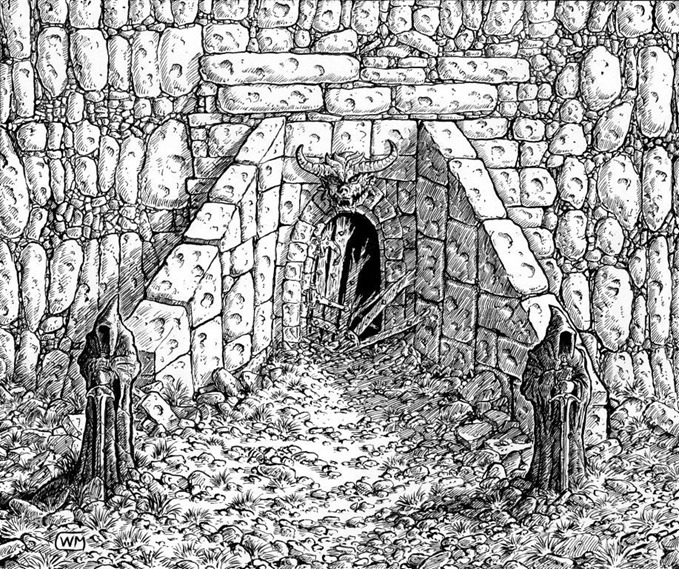 Campaign worlds need deep dungeons, lost dwarven holds, crumbling castles, ebon caverns and dusty necropolises for the PCs to explore. Such locales need suitably evocative names. An evocative name builds the players’ expectations and may even give them helpful hints about what might lurk within.

Obviously each dungeon must have a unique name, but beyond that the naming convention of most dungeons can take many forms. Each name, however, comprises one or more distinct parts. These parts are:

To determine the structure of a dungeon’s name, use one of the following:

The great thing about creating a name for a dungeon is that it inevitably poses questions which are not only fun to answer but also add depth, verisimilitude and flavour to the campaign world. For example:

Do you have any more tips for naming a dungeon? If you do, leave them in the comments below and remember you can download this – and every other advice article – for free at ragingswan.com/articles.