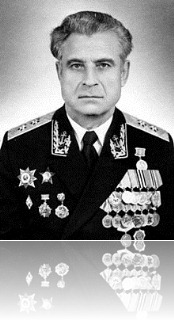 Shockingly, I spend a lot of time thinking about heroes and heroic acts – after all such is the very crux of roleplaying games. Rarely, however, do you come across truly heroic individuals who perform awe inspiring acts in the real world.

Vasili Arkhipov is one of those people.

Vasili was the second-in-command of Soviet submarine B-59 during the Cuban Missile Crisis. B-59 was the Soviet submarine the Americans attempts to force to the surface by using practise depth charges – charges that couldn’t damage the submarine even if they hit it! What the Americans (and indeed the world) didn’t know was that not only was the submarine carrying a nuclear torpedo but that the captain had authority to use the weapon without any further orders from Moscow. All that was needed was the agreement of three of the officers on-board and they could fire the torpedo. What further complicated the crisis was that A) the Russians didn’t know the depth charges were practise ones B) didn’t know if war had broken out (or not) C) that B-59 had lost all communication with Moscow and that D) conditions on-board were deteriorating rapidly.

During the crisis, the captain prepared the nuclear torpedo for firing and gained the agreement of the other officer to fire. If Vasili had agreed, the weapon would have been launched. Such an attack would have inevitably triggered a response from the USA. It is hard to see how the world would not have quickly slid into at least a limited nuclear exchange after that.

Vasili didn’t agree, however, and the crisis passed. It is amazing to think that the actions of one man over a very brief span of time and under incredible stress could have such a profound effect on world history.